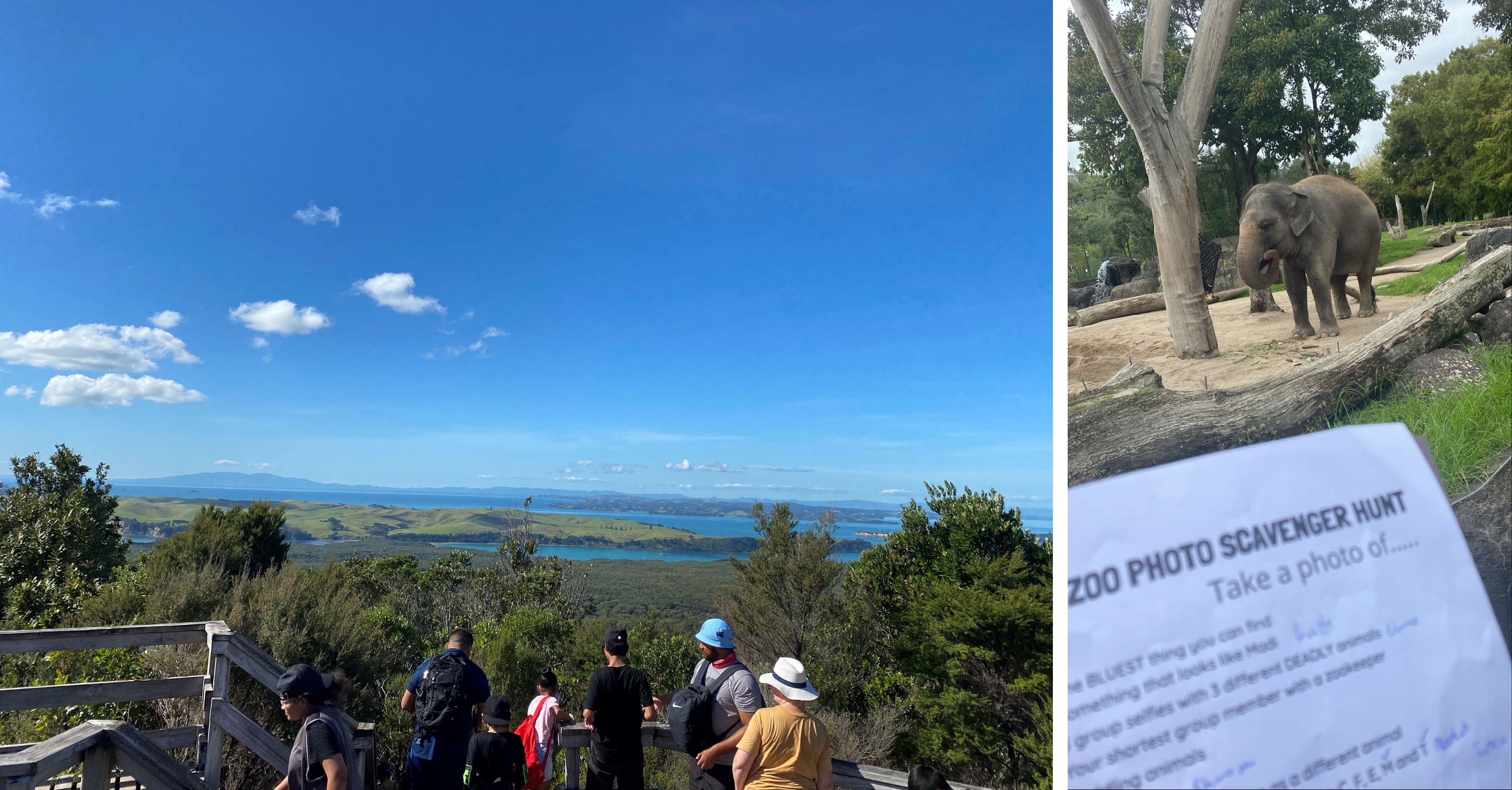 By Dingwall Trust2 May 2022No Comments

The school holidays were a great opportunity for learning and fun for tamariki and rangatahi. With Covid restrictions eased the children and young people along with caregivers got out and experienced Auckland sights and attractions.

Week two of the holidays was particularly exciting thanks to an amazing programme put together by Youth Development Lead Miranda Palmer. You can read more about our Leadership Development programme here.

The activities promoted new learning experiences as well as the chance to demonstrate the Dingwall values of Nurture, Respect, Courage and Connection.

Tuesday saw everyone take the ferry to Rangitoto and climb the landmark volcano to experience the landscape and the views. Tamariki and rangatahi also ventured into lava caves and saw glow worms too.

Miranda was blown away by everyone’s courage and resilience to make it to the top of the mountain, despite the steep, uneven terrain. For many it was their first time on Rangitoto or a ferry.

“We were so proud at the effort and positive attitudes everyone held on this walk,” says Miranda. “It was a great opportunity for both learning and fun.”

On Wednesday, the crew headed to the Zoo. Extra excitement was added by teams having to take photos of animals described, rather than named, in a scavenger hunt. Bonus points were awarded for connections made between the animals and Dingwall values.

Miranda says, “Some of our tamariki and rangatahi have an excellent way with words and showed strong connections between the animals and our Dingwall values.”

Stars in their eyes

Thursday was a chill beach day at Karekare that included lunch under an ancient pohutukawa tree and  an ice-cold waterfall swim. Tamariki also held an impromptu sandcastle competition.

The week culminated in a morning’s mini golf followed by a picnic by Eat my Lunch at Cornwall Park. Next tamariki and rangatahi were treated to an amazing private show at the Stardome Observatory and Planetarium.

The 50-minute show featured three animated Maori legends. It also highlighted the importance of the Matariki constellation in the traditional Maori calendar year. Tamariki were spellbound by the stories and the “trips and time travel” into space to learn about the night sky.

This astronomical knowledge will help in community garden lessons. The programme is moving to use Maramataka or the Maori lunar calendar to decide when to plant crops! 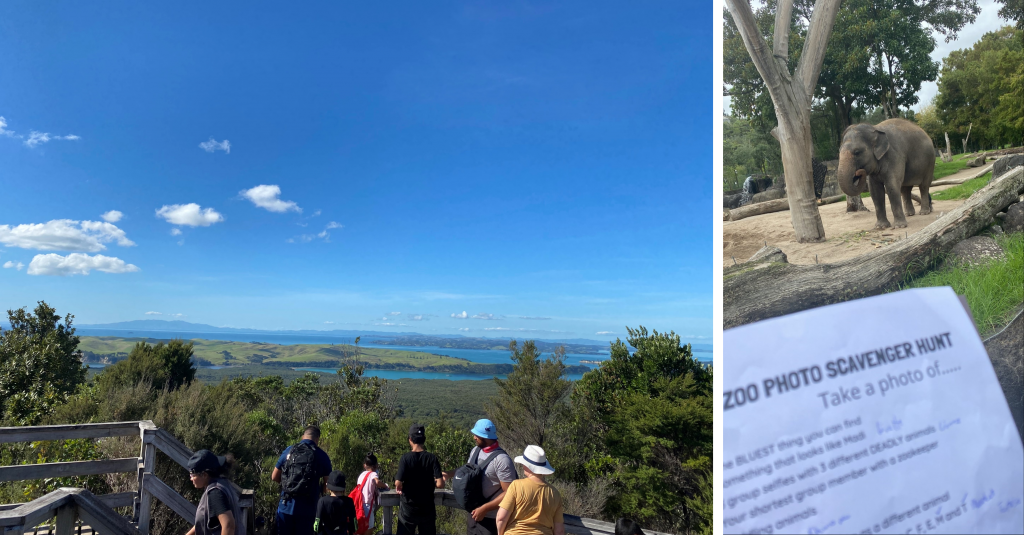 Tuesday and Wednesday saw a ferry ride then a climb to the top of Rangitoto and a trip to the Auckland Zoo for a scavenger hunt. 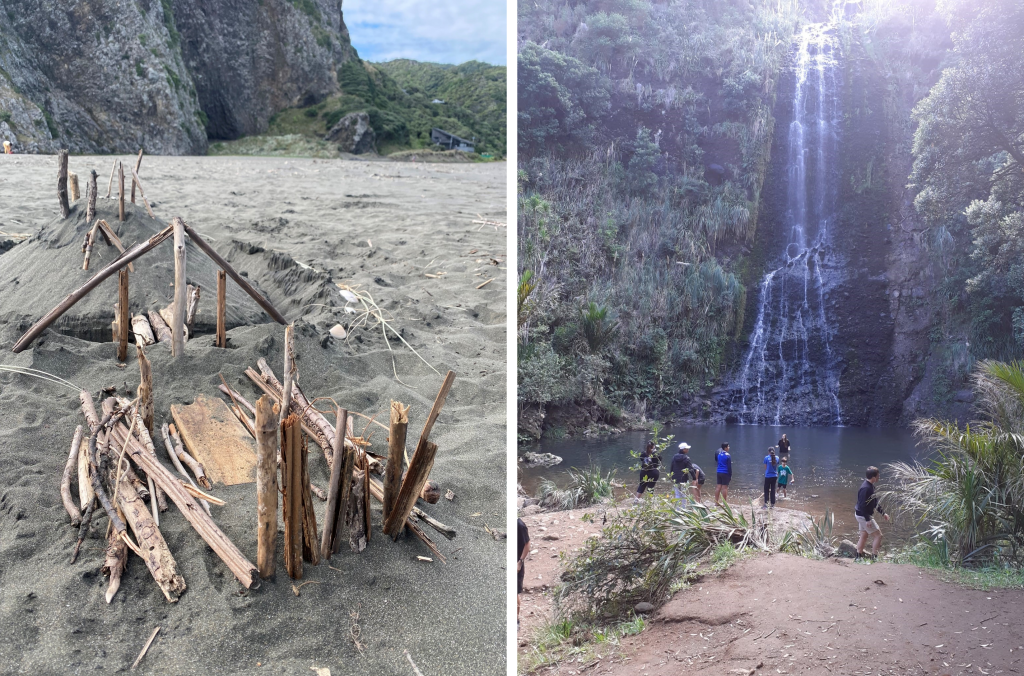 On Thursday tamariki and rangatahi visited Karekare and swam under the waterfall and built sandcastles on the beach.